For the past several weeks I’ve been taking my daughter to do hippotherapy every Monday. My daughter rides a small horse named Lucky, who has a calm demeanor and is quite loveable. In fact most of the horses that I’ve encountered at Harmony in Hooves are very loveable. 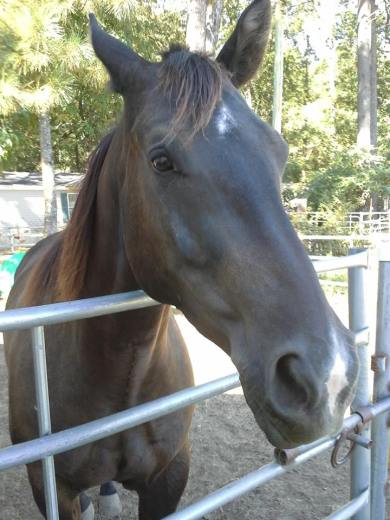 This past Monday, while my daughter and I were waiting on Lucky to be brushed and saddled, we were approached by a very tall, dark, and handsome fella. No, he wasn’t a human, he was a horse. I was leaning against the railing when he came over and nudged me. I then began to pet him. My daughter comes over to him a little closer and he leans down and watches her closely, allowing her to touch his nose. She walked in a little further and started to pet his leg. She stepped back and started to laugh, as she was enjoying herself. I was just enjoying seeing how well she’s doing in such a close proximity to a giant beast compared to her stature. 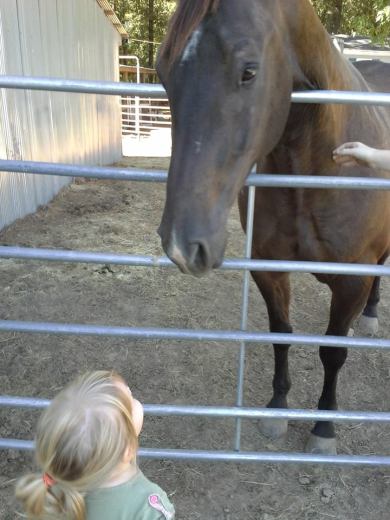 She steps in again and pets him on the leg, then reaches up as far as she could, petting him a few more times before standing back and giggles. He leans in and touches his nose to the top of her head and they both freeze. I watch her, curious to her reaction and see her smile so big. He lifts his nose from her head and she looks up at him smiling, then laughs again before reaching up to touch his nose once more. 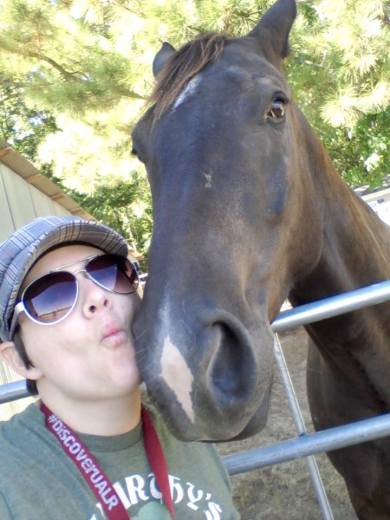 It makes my heart leap for joy to see the love my daughter has with these gentle animals at the stables. I’ve grown up infatuated by horses, and always find a way to be around them. I share the same kind of love for them as I can see she has. What a wonderful feeling. I can say I thoroughly enjoy our Monday’s together.