My youngest sister came up from Georgia this past May for a short visit. While she was here it was her birthday and she wanted to go dig for quartz crystals. Here in Arkansas there are many places to dig and keep as many crystals as you can load into your car.
I’ve seen a few guys trying to carry a huge boulder size quartz rock to their car. Though with each tiring effort, they managed to put it into their car.

I also noticed a lady, standing near her car with about ten quartz rocks the size of bowling balls, as well as a few buckets full of dirt and rocks. Like I said, if you can manage digging for them and getting them into your car, it’s yours to keep, but for a small fee, which is the admission price for the entire day.

Some places I’ve found charge $10 or more. One place charges $20. I was lucky to have found one that charged $8, the only problem was the road getting to the place was badly washed out and in some areas the road was sharply inclined that if I were to let off the gas, my car would roll backwards or I wouldn’t be able to continue the climb without backing all the way down the hill and giving it another charging start back up. 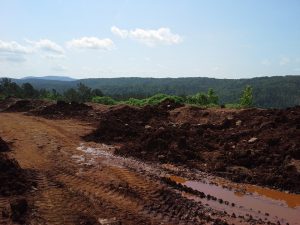 Once we got up the hill and to the actual digging site, I paid for our admission, found a parking spot, then got our tools and buckets out, and headed towards the digging area, which is a huge red hill of lovely clay mud, mostly dried clay rock. I didn’t care to look for the biggest quartz rock, however, I had set out to find the shiny points to which I planned to use for necklace pendants. 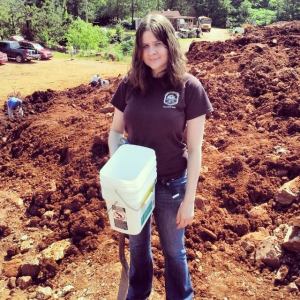 After twenty minutes of digging, my sister was bored and hot and decided to go sit in the car. Meanwhile, I continued to dig and scavenge as much as I could. I found quite a lot of clear rocks, some small and some half the size of my hand. I was enjoying myself. It’s the archaeologist in me I think. I did get somewhat cover in the red clay, mostly on my shoes, but that wasn’t what bothered me. What bothered me was the eight-legged residents. I made sure not to bother them as much as I could.
I had enjoyed myself so much, that a few weeks later I made another trip back to the same crystal mine and had found more of what I was looking for on that trip than I did on the previous trip. 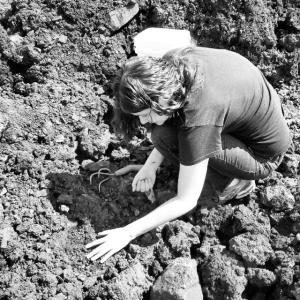 If you are interested in purchasing a small clear crystal rock or pendant, I have them listed on my Etsy page. 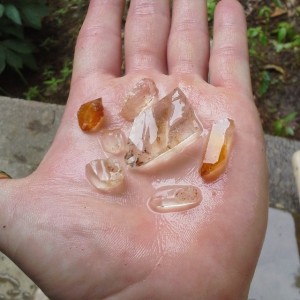 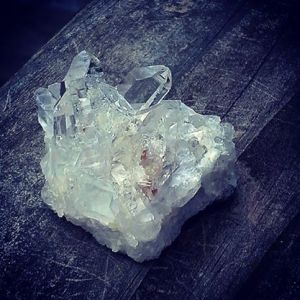 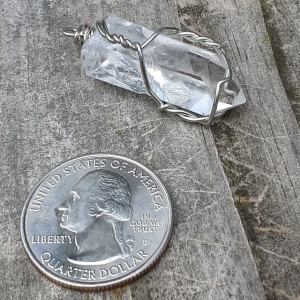